The article shown looks at a short history of uPVC, how it’s made and used within a uPVC conservatoire, windows and door building industry.

In 1835 Polyvinyl Chloride (PVC) was introduced by a man called Henri Victor Regnault and many years later by Eugen Baumann. In 1935 PVC was first produced and it soon became widely manufactured as it has been for the past 50 years.

It is a material that is a compound of carbon, chlorine and hydrogen and its elements come from a naturally occurring rare material in petroleum, natural gas and also sodium chloride (salt). Production of PVC begins with the extraction of chlorine gas from sodium chloride, obtained using electrolysis.

After, ethylene is produced from a form of natural gas or petroleum which in simpler terms is known as cracking. If you react ethylene and chlorine it produces a compound called liquid vinyl chloride (VC) that is polymerised to create PVC.

Unplasticized polyvinyl chloride (uPVC) or rigid PVC is extensively used in the building and construction industry particularly in the United Kingdom, Ireland and the United States. It has a wide selection of applications from double glazing and uPVC conservatories to piping and plumbing. This kind of material is very robust and is known as low-maintenance which means it is resistant to chemicals, sunlight and water damage. With a variety of colours and finishes uPVC is produced with a lot of variety like finished photo effects that are a painted wood substitute for windows and frames, especially when your fitting double glazing into your house. Cast iron which was traditionally used for plumbing and drainage for drainpipes, gutters, downspouts and wastepipes has been almost entirely replaced by uPVC.

uPVC in Doors and Windows

The properties of uPVC make it ideal for both door and window applications. These properties include its ability to retain its shape within climate temperatures and unlike materials such as woods; uPVC does not rot or biologically decompose. Additionally, the compound can withstand knocks and impacts without fracturing, and can be reshaped through heat and thus recycled.

uPVC conservatories are sometimes known as PVC or plastic conservatories. During conservatory construction, Upvc is often found to the best material to use as it is thermoplastic. Thermoplastic materials are easy to mould when heated up as they are malleable. When it eventually cools down the compound becomes rigid once again.

With these things going on it enables the Upvc to turn into thousands of forms which make it great for uPVC conservatory extrusions. uPVC can also be hardened with aluminium and other metals. Usually if it’s a uPVC conservatory it is almost every time done on the roof bars, conservatory frames or doors.

If you’re in need of a new conservatory or feel that your current one needs remodeling then you need uPVC conservatories from www.conservatorypro.co.uk 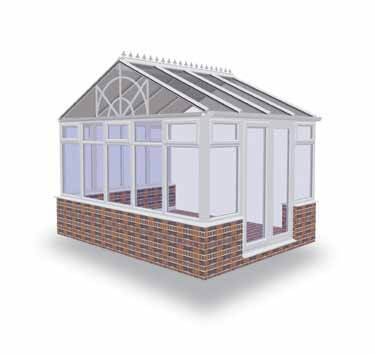 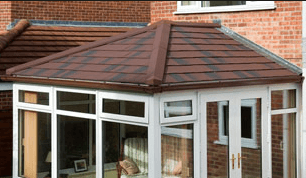